Azad: J&K won’t get special status back, it’s deception to make such promises 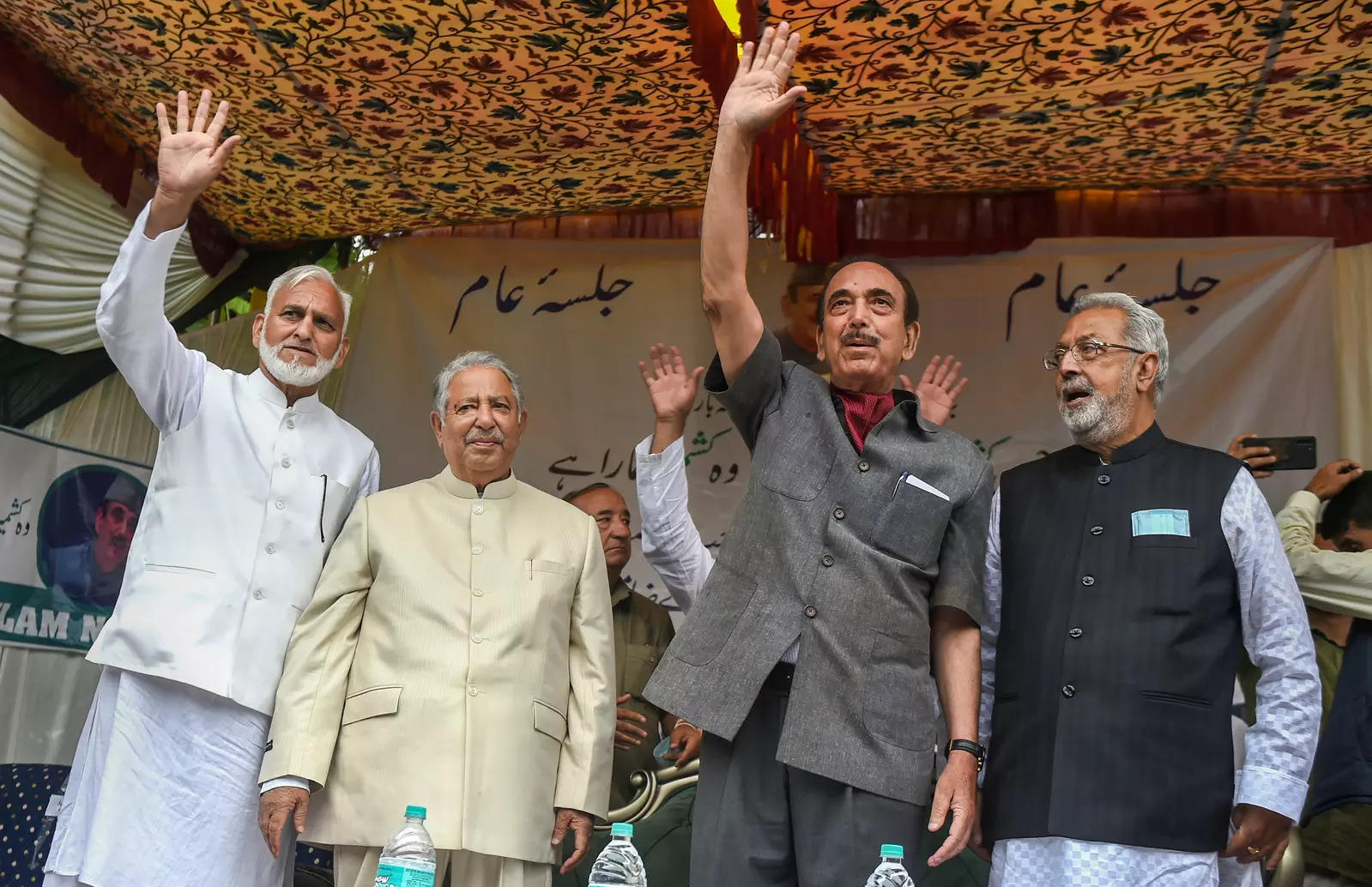 Political parties claiming to be fighting for restoration of J&K’s special status are chasing votes rather than an achievable goal, former CM Ghulam Nabi Azad declared in north Kashmir’s Baramulla on Sunday to set the tone for his second coming in the Valley’s politics within weeks of quitting Congress. “I openly voted against the bill (to nullify articles 370 and 35A) in Parliament, but some people are creating a false narrative for vote politics,” Azad said.