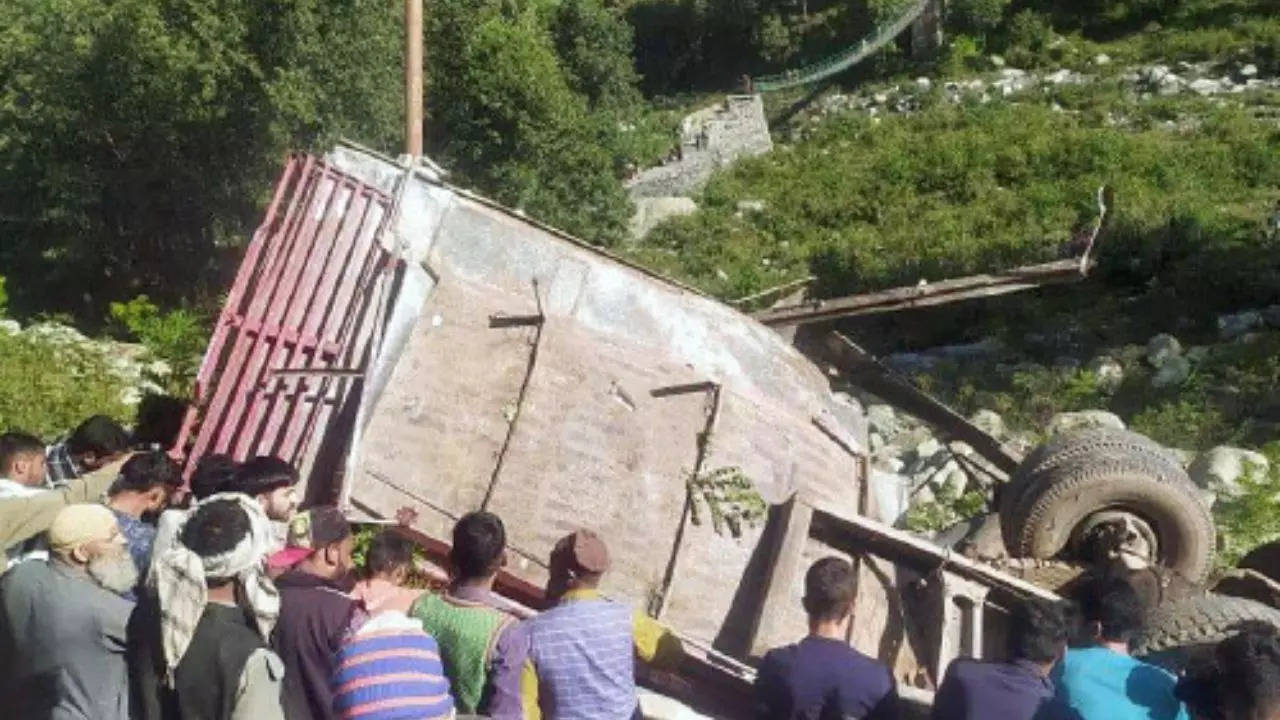 As many as 12 people died while 18 others were injured after the minibus they were travelling in fell into a gorge at Sawjian Nallah in J&K’s Poonch district on Wednesday morning. Among the deceased were two minor boys, aged five and 14, as well as three women, two of them teenagers. “The accident took place near Barari Ballah Sawjian around 8.35am when the bus driver lost control of the vehicle near a bridge. The bus skidded off the road and fell into a deep gorge,” said an official.